Life with a Twist of Lemon - The First Year

For close to a year now my friend Jon and I have been recording our podcast, Life with a Twist of Lemon. Jon and I have been friends for a long time, and he had been advocating for us to do a podcast for a while when I finally caved, contingent on one condition: I would do nothing. I knew if Jon was serious this wouldn’t be a problem, and we could simply replace one of our usual phone calls with a high-quality microphone and it wouldn’t be more time out of my day. To sweeten the deal, Jon suggested we use my name in the title. As if I could resist!

We really had no idea what the podcast would be about. There was no plan. We were just going to talk. It’d be like when the NSA ease drops in our phone conversations. Lo and behold themes would emerge.

This week Jon and I released an episode reflecting back on the year’s highlights. I thought in the spirit of our anniversary celebration I would list out my top 5 episodes, the ones you really shouldn’t miss. 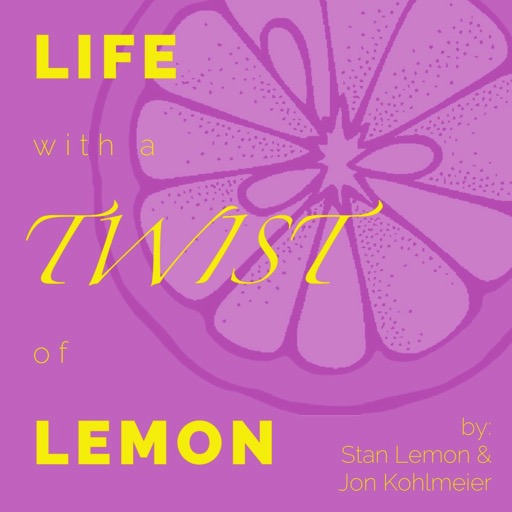 Honorable Mention: In December we began running a crawl before the show where I made a pitch to raise donations for our friend, Pastor Joel Fritsche, who serves as a missionary in the Dominican Republic. The pitch was simple: Donate $50 and I’ll match it and send you a sticker. We raised money and sent out stickers; it was pretty awesome.

In this episode we talked about budgeting, the things we do and how we structure our finances each month. This is just good listening in my opinion and is arguably one of our more timeless episodes.

Our most listened to episodes started with a twist: There were no milkshakes! Jon was in pursuit of a house and peppered me with questions about what to expect. After recording I ended up resurrecting my blogging career and posted about how my wife and I visualized our mortgage (https://stanlemon.com/2018/09/15/visualizing-a-mortgage/).

Much to my surprise this turned out to be the most controversial episode we’ve recorded. Shortly after this one was released my cell phone blew up with messages appalled by my grilled cheese criteria. I’m still defending my position on this one, and I’m still right.

This episode was literally months in the making! We recorded it with our friend Patrick after watching Endgame twice. It made for a long night, but pretty good podcast listening. (This is also where we lost Jon’s mom as a listener.)

This is good clean Milkshake fun, with our very first guest – my very own daughter, Lucy Lemon. It’s in this episode where Lucy established the rubrics for milkshake straws, which has become part of our Milkshake method evaluation system ever since.