How We Paid Off Our Mortgage 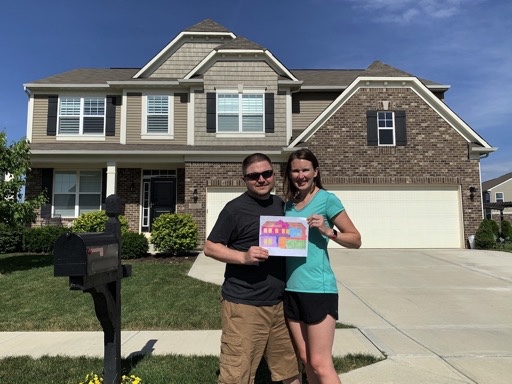 Awhile back I wrote an article about visualizing my mortgage after my buddy Jon and I discussed buying a house on our podcast. Since then my wife and I have aggressively gone after our mortgage and I was happy to report (on Facebook) that at the end of June we made the final payment. I hesitated posting about this on Facebook (I don’t post often), but I was pretty proud and happy and wanted to share that joy. Yes, it was a brag and it was anything but humble, but sometimes you earn a little bit of that. :)

Since my post many friends and frenemies alike have asked us two questions. First, how did we do it? Second, did we use Dave Ramsey’s methods? The answer to the second question is no, we did not explicitly use Dave Ramsey’s methods. Some of his principles and methods look very similar to our own though, so it’s possible we’ve been unintentionally using parts of them for the better part of a decade. The first question is harder to answer and does not have a quick and straight forward answer, so I figured I’d write a post about it.

Sara and I bought our first house a year into our marriage, back in 2007 right before the housing bubble burst. We bought a brand new town home in Pittsburgh and never expected it to be our forever home, though we loved it no less. The initial purchase was tough. We had saved some money up, but just barely enough to make it happen. Our downpayment was not dictated by our savings, but rather by our monthly payment. We had a budget and knew where we wanted that payment to be and thus cobbled together the money necessary to get that monthly payment. We managed to get about 11% down on that first house. This was back when PMI was just a flat fee, so it was not a big factor in our decision making. That was the last time we put less than 20% down on a home. If I were buying my first house today PMI would probably play a bigger factor in determining the amount I was borrowing.

We lived in that townhome for three years and refinanced in the middle of it. This probably seems insane, but the interest rates were dropping so fast then that it seemed crazy not to. Our refinance saved us a ton of money on interest, and despite not being there for very long the numbers made sense. When we refinanced we also did something a bit unusual, we put more money down, thus reducing the total size of the new loan. I had been doing contract work and, with a very good year, had some extra savings. We were spreading out a smaller loan over a fresh set of 30 years with a smaller interest rate, so our payment was definitely going to be smaller. Many people would spend the money freed up from a refinance like this, but we had already budgeted for what we were paying and decided to keep doing so. This meant that the buffer from the refinance was suddenly going at our principal. When you pay extra on your principal it quickly begins to chip away at that balance.

At the end of our time at the townhome we bought what we thought would be our forever home, just North of Pittsburgh in a lovely town called Saxonburg. It turned out that we had some equity stored up in the townhome and sold it for more than we had bought it. All of that equity went into our next loan. Interest rates were still falling at this point and so once again a year after we bought that house we refinanced. Again, it would have been crazy not to. The monthly savings more than paid for itself a mere nine months later. I never thought this would make sense to do twice in my lifetime, but here we were. As I write this now I doubt I’ll see interest rates drop like that again. My first mortgage’s interest rate was twice what my last’s was!

Once again we had a buffer in our budget and used it to pay more principal. While we were living in Saxonburg life threw us a curve ball we didn’t expect and we ended up leaving Pittsburgh. We moved to a farm town my wife grew up in called Seymour in the state of Indiana. We had a hard time finding a home in Seymour and ended up staying with my in-laws for almost four months. During that time we kept the same budget, storing up four months of mortgage payments for the next house.

When we found a home we took all of the proceeds from the previous home, four additional months of mortgage payments, as well as some extra savings we had amassed and threw it all at our new house. On top of that the home in Seymour cost a lot less than the last home in Pittsburgh. We wound up with a mortgage payment far smaller than any we had in Pittsburgh, and so we did what we had always done and paid more on the principal.

At this point in my career I received my first ever bonus. This was not income I had budgeted for and so initially we debated what we would do with that money. Ultimately we threw it at our principal, creating a new habit that would follow us over the next five years we lived in Seymour. Any time I had a bonus, or Sara made money from playing the organ at church or teaching music, we threw that money at our mortgage. Over time we chipped away at that mortgage, the principal getting ever smaller.

When we sold our home in Seymour to move to Indianapolis we had been home owners for 11 years. We had paid a lot towards our principal over that time and were well situation for what we would do next. We decided with the new mortgage for our house in Indianapolis we were going to take out a 15 year loan, instead of the 30 year loan we had up until this point. This brings me to another point we’ve used to our favor over the years.

For 11 years we took out 30 year loans. This goes against most debt reduction strategies you’ll find out there. This probably seems odd considering where things ended up, but keep in mind we never expected to stay at the townhome or the house in Seymour forever. We knew we were never going to see the end of that loan, and so we opted for a smaller payment over a longer period of time. But why? If you ever spend time looking at a mortgage amortization schedule you’ll see that you pay very little on the principal at the front of the mortgage. By doing a smaller payment, we used that buffer toward our principal and in turn paid principal amounts that would have normally been done 10-15 years later in the amortization schedule. This allowed us to chip away at the principal faster. It probably sounds crazy and as I mentioned, it’s not a traditional debt reduction strategy, but knowing that we weren’t going to stay in that home forever enabled us to look at things a bit differently.

I'd be remiss if I didn't mention an important detail. When Sara and I got married we had no debt whatsoever. We started with a completely blank slate in large part due to both of our parents, who graciously made sure we entered adulthood with both a college degree and no student loans. There's probably a whole other blog article waiting to be written about student loan debt, but that's for another time. We were very blessed by the generosity of our parents; they gave us a huge leg up as we worked towards buying a home. Thanks mom, dad, mom-in-law and dad-in-law!

Over our years of home ownership we kept focussed, throwing extra at the principal at every turn. First by budgeting for it and second through bonuses and income from odd jobs. The critical point here is to borrow lower than the budget and commit the excess to the principal. There was no magic, no secret formula and no books behind our strategy. Four houses and six mortgages later we’re finally done.