The Death of Streaming TV

Hulu is increasing the cost of its monthly live TV subscription service. A service that started at $40/month in 2017 will end 2020 at $65/month (or $70/month if you have the no ads for on demand streaming). Live TV streaming services have been increasing their monthly subscription costs over the last few years, gnawing away at one of their main competitive advantages. When these services first became available they seemed like great alternatives to the big cable providers like Comcast. Cable TV is expensive and often comes with tons of channels that I don’t want. Streaming offered a simpler list of valuable channels at a much more compelling price. That’s not true anymore, though. 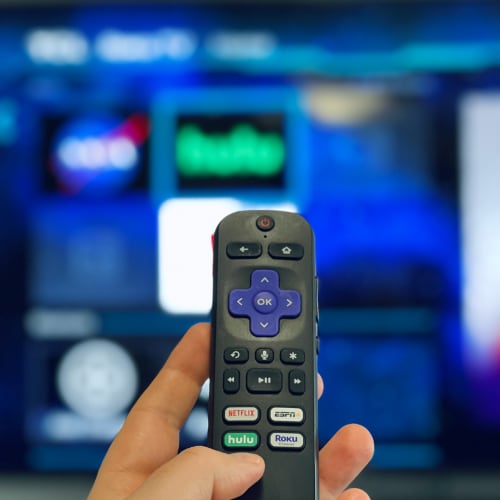 I don’t watch a ton of TV. My need for live television revolves around sports. I’m just close enough to the Southeastern edge of Indianapolis that over the air broadcasts can be sketchy, and NBC is nearly impossible to get. Most seasons I need CBS, NBC, FOX, ESPN and the NFL Network. This year I also caught some presidential debates on other channels, but normally the only reason I watch live TV is for football. If you look around it’s actually pretty hard to find both ESPN and the NFL Network available to stream on the same service, so Hulu Live was a sweet deal. Granted, I get a bunch of other channels I don’t need and will never watch, but that’s just the penalty of a bundle, right? I used to dream of a streaming service where I could pick the channels I want: a build your lineup sort of experience. For awhile that was the holy grail of streaming, but I’ve given up hope of ever getting that. Alas, I’m left here paying for Lifetime when all I really want is football! The past few years Hulu TV fulfilled my needs because it was cheaper than Cable, I could cancel it after football, and it was an all around good app experience.

I loved Hulu. As far as live streaming services go I felt like it was the best of the best. At $40/month the long list of worthless channels that I’ll never watch and are tacked onto my plan didn’t bother me. Even at $60/month it was bearable, but something about $65/month became too expensive for me. This is my last month of Hulu Live; I will not be subscribing after this month. I would never have considered cancelling Hulu had it not been for this latest price hike. They broke me, and there was no reason for it. I was Hulu’s ideal customer, paying full price while using a handful of channels 1-2 days a week for roughly 3 hours at a time. Hulu’s expansive channel list resulted in larger fees for a bunch of garbage television channels I don’t need or want.

Streaming TV is broken and it’s as much Hulu’s fault as it is the major sports leagues’ (NFL, MLB, NBA and NHL). There are a ton of people out there just like me and all they want is to stream their team’s games a few weeks out of the year. Every league but the NFL has their own streaming service, but it’s subject to blackouts that penalize you if you’re local to your team or the opponent your team is playing. I’ve tried MLB.tv before, but my baseball team is the Pirates and, because I live in the midwest, most of the Pirate’s division is blacked out as ‘local’ for me. The same is true for the Pacers here in Indianapolis, which are available via NBA.tv if you don’t live in Indy.

The NFL stands alone in lacking a true streaming service. Part of this is because of DirectTV and part of it is because of long standing contracts with the big networks. The closest thing to an NFL streaming service is actually CBS All Access, which allows live games to be streamed over devices and TVs. You only get your regional games on CBS All Access though, so being a Steelers fan I’m left to spoof my location most Sundays. The other networks with streaming services, such as ESPN and NBC’s Peacock, will broadcast sports but not NFL games.

What I really want more than anything is a Pittsburgh Steelers subscription. If the NFL Network had any sense about them they would give this to me. They could get away with $60/month with only minimal grumbling on my part so long as I also got games played in my local market, too. The NFL doesn’t seem to understand the potential here though, so instead of offering a streaming service they drive me into the arms of services like Hulu.

If the NFL doesn’t want to get into the streaming game, then what consumers really need is to be able to choose channels a la carte. I want to pick the main broadcasters plus ESPN, the NFL Network, and maybe the Disney channel too. The problem is the major TV channel conglomerates are not going to allow this because they wouldn’t be able to prop up the garbage channels. The other option is channel bundles, which Hulu and YouTube TV have resisted doing. Sling and AT&T do offer bundles, but they each do so with their own flaws. AT&T starts at $55/month, with their premium plan at $80/month, which are still rather fat bundles. If you’re a college sports fan you’re pretty much stuck with the AT&T premium bundle, too. Meanwhile, sling has two different bundles at $30/month, but they’ve cleverly split the channel so that you can get local market channels (CBS, NBC, FOX) and ESPN with the same bundle. Insult to injury, the NFL Network and ESPN are in different bundles. Sling’s attempt at a skinny bundle is, at best, misleading.

Streaming services initially offered customers choice where there was none. Cable tried to hold onto cord cutters by making internet cheaper when bundled with TV, but even that couldn’t keep people locked in. Now the streaming services that originally brought innovation to television are falling into the same trap cable providers were in. The sports leagues aren’t helping the matter any, either. Something has to give. In the meantime, I’m cancelling Hulu and I might divert that money to a better antenna.

Lastly, in a year when most professional sports can’t have fans, now is the time for the NFL, MLB and NBA to rethink their approach to streaming. Every one of these leagues needs to offer a blackout-free subscription service. Let me pay to stream all of my team’s games! Please, just take my money!