Some favorite posts to check out:

macOS Big Sur was announced at Apple’s World Wide Developer Conference (WWDC) on June 22nd, 2020. It was released on Tuesday, November 10, 2020. This year I decided to pass on using the beta versions, probably due to the trauma of my last beta experience. I installed Big Sur on release night after some rocky attempts to download it from Apple’s update servers. After several days of using it, I have a few thoughts.

The iPhone 12 Pro was announced at an Apple Event on October 13th, with preorders that Friday the 16th. My order was placed shortly after 8am and it arrived on October 23rd. Now that I've had it for a few weeks I have a few thoughts, especially in light of the device it replaced, my iPhone 122 Pro. 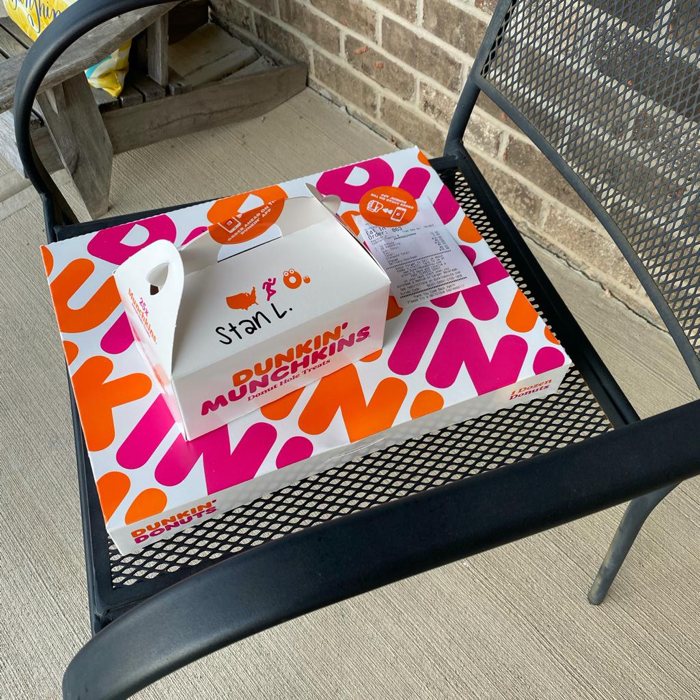 Evelyn is the household donut connoisseur. She’s the one responsible for getting me out of bed early to go get donuts, and she also usually decides where to get the donuts. She’ll tell you the best donuts in Indianapolis are at Long’s Bakery, but that Jack’s Donuts is closer; and if you want one of the cinnamon twists they’re bigger at Jacks, but Long’s has the better cake donuts. She’s got it all down; this is her thing.

Red Sauce for Pizza, Spaghetti and Other Pasta

When I made my Pizza Night at the Lemon's post and video I mentioned I would share my red sauce (aka "pizza" sauce) recipe shortly thereafter. Well, here it is! This recipe came about due to the difficulties my wife and I had finding a good pizza sauce for our pizza. Prior to this recipe we also never ate pasta, for similar reasons. It seemed like whenever we found a good sauce we would snatch up as much as the grocery store had and then it would disappear after that, leaving us to experiment and find a different brand. Finally we were doing a stint with Blue Apron and came across a Calzone recipe that had a rather delightful sauce to it. Blue Apron ships their seasoning packets already measured so we didn't know the composition other than the unknown aleppo pepper and italian seasoning (typically oregano, basil and rosemary). So we set out to reproduce this sauce, along with some modifications and came up with what follows. This is our red sauce, we use it for pizza, spaghetti and any other pasta dish we put together. The batch here is more then you need for pizza night, so you can either save the extra for next week or freeze it if you like, we've done both! Enjoy!

Pizza Night at the Lemon's

As long as my wife and I have been married we've been making our own pizza, every Friday night. I grew up in a suburb of Chicago where pizza and Friday nights were pretty much synonymous. Ordering pizza from your local parlour was just what you did. For my family most Fridays we ordered pizza from Campagna's, which made a crispy and often very salty thin crust. Later in life we'd frequent Dominick's and then Pal Joey's, which sadly is the only one of these restaurants still in business today.

It often surprises people to learn that even as a Chicago suburbanite, the pizza which you are most likely to associate with our fair city was not what I grew up on. The flakey and buttery goodness of Chicago style deep dish that places like Giordiano's and Gino's East made so popular was not something we ate regularly. In fact, in my hometown I don't even know of a place that served that style of pizza when I was growing up. Chicago style pizza is far more diverse than the casserole-like pies where the sauce decorates the top, in fact it's the thinner version of Chicago style pizza that I grew up on every Friday night and still continue to love. Now don't get me wrong, deep dish is fantastic, that's just not the purpose of this post today.

When my wife Sara and I got married we immediately moved to the Northern side of Pittsburgh, where she started a new job. That first Friday together as a married couple I was left with an empty and hollow feeling as we struggled to find a pizza place for dinner. There's a place called Fox's Pizza that's pretty popular, but nothing about about it tasted right. For the first time in my life I didn't enjoy pizza night. So we did what any young couple would do during a culinary crisis and we decided to make our own.